These days, everyone from presidents and celebrities to CEOs and your cousin’s girlfriend’s ex-best friend can—and often do—trade barbs over social media in full view of their fans and detractors. However, my newly discovered favorite gossip rag shows that publicly airing grievances, dirty laundry and other entertaining unpleasantness isn’t a 21st-century fad but rather the continuation of a time-honored tradition.

The Ipswich Journal, which was published from 1720 until 1886, reported on daily life, business news and the criminal justice system in Ipswich, a prosperous town in eastern England. For our reading pleasure, members of the Foxearth and District Local History Society have digitized snippets of the paper dating from the 18th century. Buried between mundane classified ads, reports on cricket matches and a litany of public executions (it’s a wonder anyone was left alive to read the paper) is a treasure trove of mean-spirited descriptions, passive aggressive letters and juicy gossip. 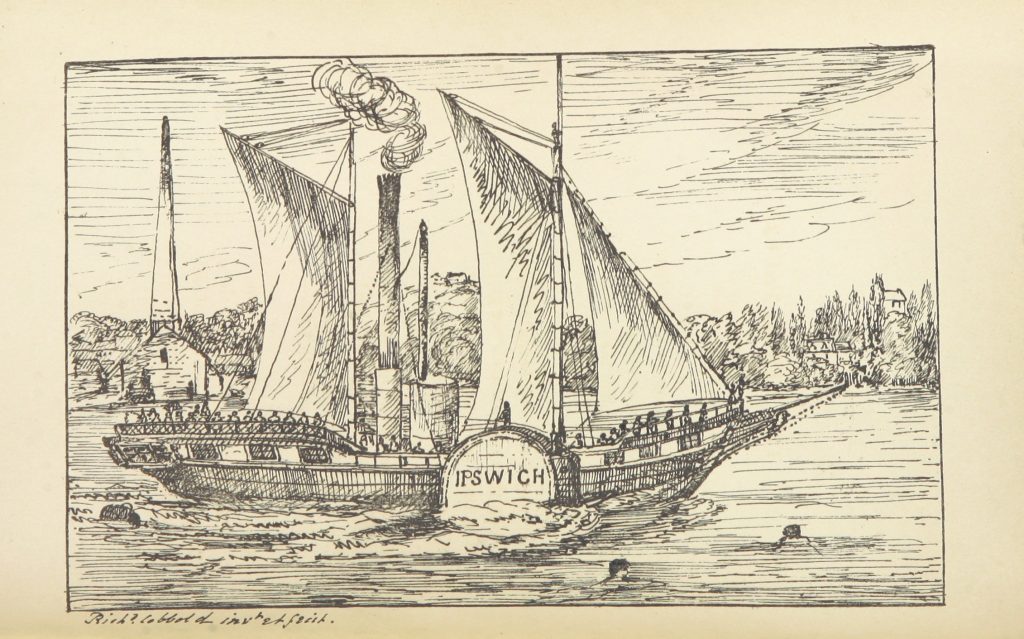 An 1827 illustration from the British Library.

On second thought, there’s nothing passive about this threatening letter:

This is to inform the person who dishonestly detains the great coat he went off with from the Swan Inn in Sudbury that if he returns the same privately to Mr Kerrington at Borley Hall or Mr Seth Bull no further notice will be taken but if he shall not then the old coat he left instead will be publickly exposed by the town crier of Sudbury town on three market days and at all the Inns in Sudbury.

Were they victims of cheating or sore losers? You decide:

Notice to cricketers—In order to deter any party from playing cricket at Colchester we think we are honour bound to inform the publick that on Tuesday we intended to play a match of cricket at Lexden Heath but the partiality of the fellow they hired as the umpire was such that though the game was greatly in our favour we were obliged to decline play, it is the many impositions they were guilty of are far too many for this advertisement but particulars can be obtained by applying to the Nayland cricketers. 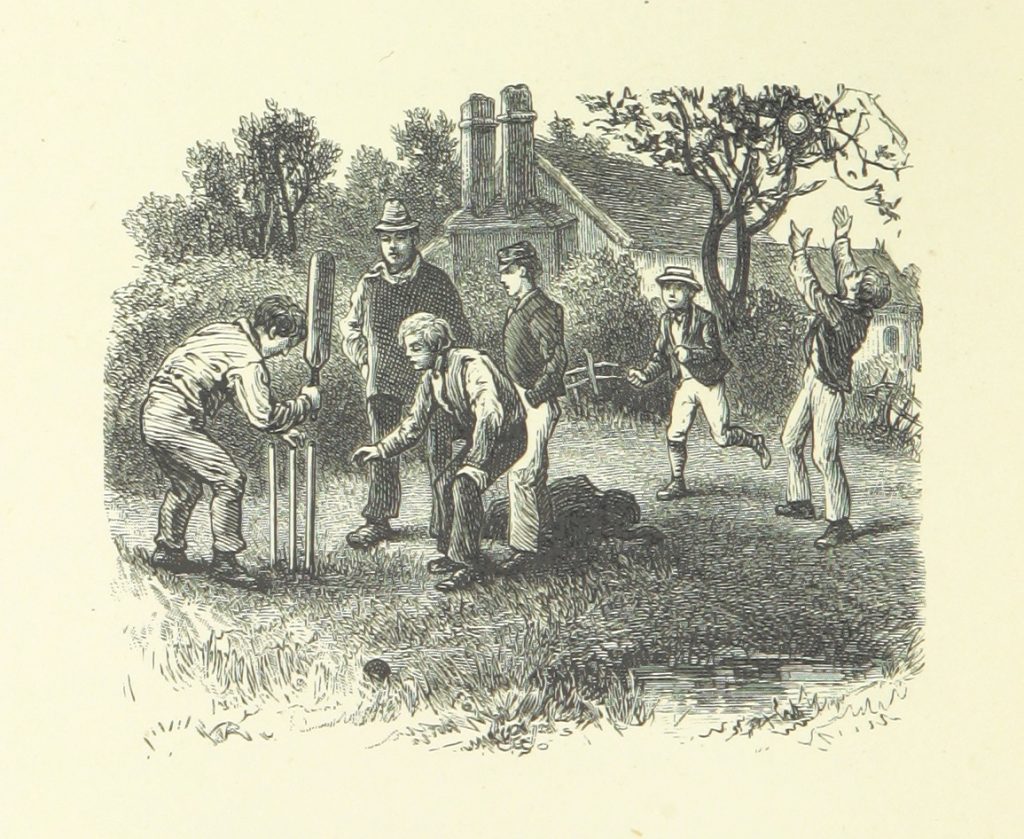 An 1880 illustration of a cricket game from the British Library.

Wereas the wife of Robert Game of Whepsted, Suffolk, a glover, did on the 1st day of September elope from her husband, this is to require all persons not to trust her or give her any manner of credit to the said Sarah for if they do the same they will not be paid by me. Robert Game.

A few days ago while the wife of a gentleman not a few miles from Witham, Essex, was in labour, her sister attended her but the day after the delivery she set off with the sister’s husband on a fashionable excursion to France or Scotland.

A public service announcement reminded readers to leave the insulting to the newspaper and not offend their neighbors or their cats:

Bristol—We here have a cobbler who liv’d in the city and having words with an old woman of the neighbourhood would often call her an old witch and devil, in order to be revenged upon him she sent into his house a cat, the cobbler attempted to thrust it out again but in doing so the cat catch’d hold of his finger and would not let go. . . the poor man endured violent pains in his arm although he dipped it in salt water nine times, he died in agony. 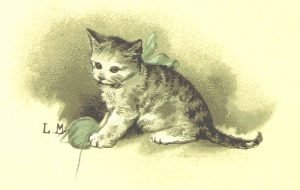 This 1888 illustration of a cat may look cute, but. . . from the British Library.

Nearly 300 years later, the snark comes through loud and clear:

London—–From St Edmunds in Suffolk we hear that an ancient gentlewoman of 72 years with an estate of £300 per annum had to defend herself from the extremity of the cold weather, in an honourable way taken to bed a young fellow of 23 years.

Perhaps this clipping was the inspiration for “Harold and Maude.”

The Ipswich Journal had a peculiar habit of insulting the appearances of prison escapees:

A reward of £50 whereas Thomas Otley of Sudbury, Suffolk, bargeman and a outlawed smuggler made his escape from Capt. Dove at Yarmouth. Whoever shall cause Otley to be apprehended shall receive a reward of £50. Otley is 63 years old-6ft high-ruddy complextion-very stout-well set-he is lame and sickly.

. . . But despite his physical handicaps, he did escape. Way to bury the lede, Ipswich Journal. 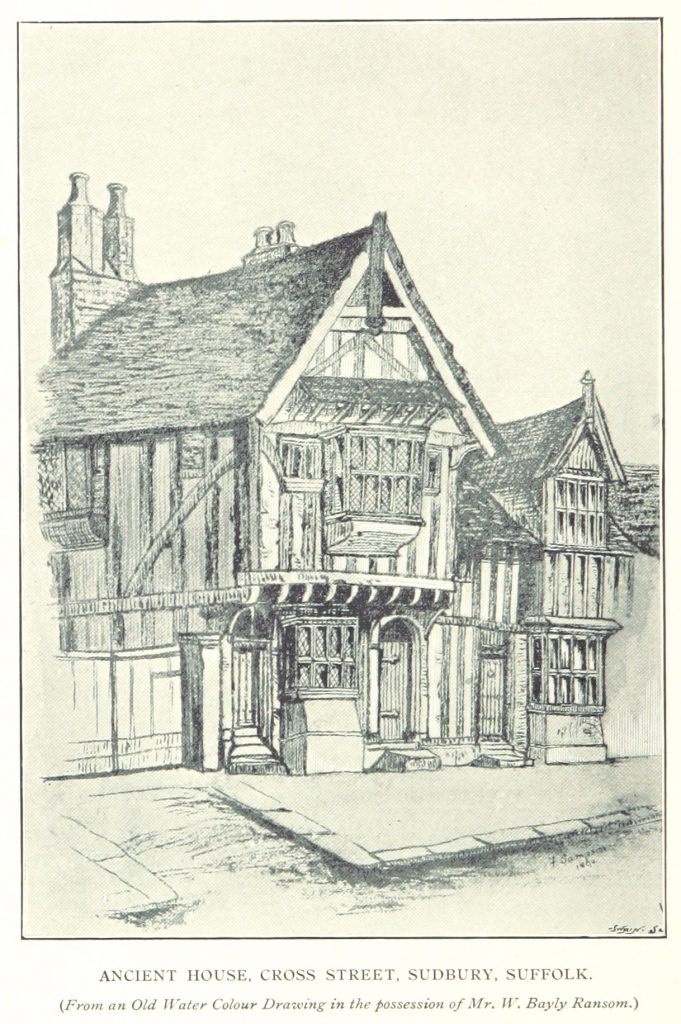 An 1896 illustration of an ancient house in Sudbury from the British Library.

To Suffolk Farmers—-The Suffolk Cheese being so badly made for some years past, the Lords of the Admiralty have thought it fit to exclude it from the Royal Navy for one year. By it being made better it is recommended for the future, it being no worse than two meal sleet leaving only the morning milk of which cheese is made or four meal, putting in all the morning milk on the day the cheese is made. It is hoped the dairymen will desist from making cheese from November till the beginning of May as it is of bad quality and has brought great odium to the country cheese.

If you thought mansplaining was condescending, try newspaper-splaining. 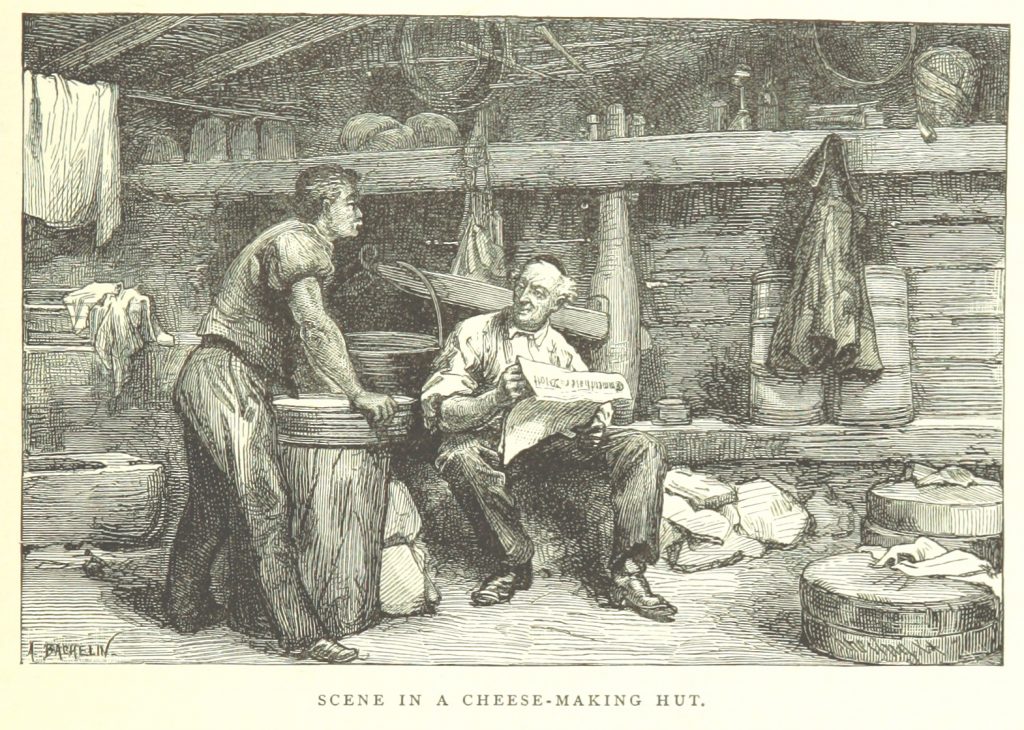 An 1881 illustration of a Swiss cheesemaking hut. Presumably, their cheese was better than Suffolk’s. From the British Library.

The media back then clearly adhered to the maxim “if you don’t have anything nice to say, don’t say anything at all” just as closely as it does now.

Can’t get enough of 18th-century scandals? You’re in luck! The gossip in Norfolk was just as juicy.