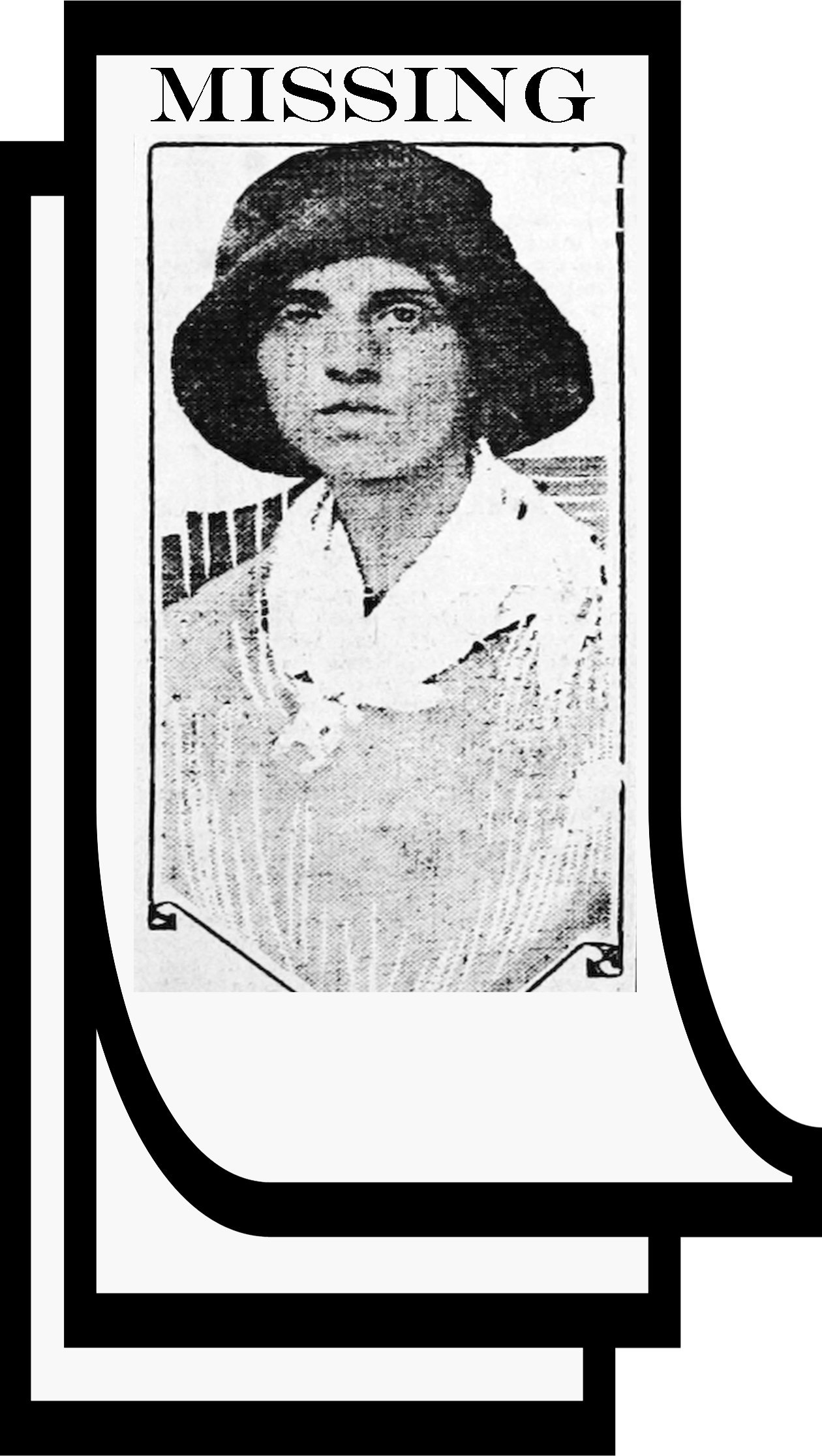 More than 100 years ago, a young woman disappeared under mysterious circumstances. However, the police can’t help solve this cold case. If you’re an historian who sits in front of your television night after night watching reruns of “Law & Order: SVU,” dust off your archival gloves and put on your “Rocky” soundtrack because this is your moment.

Here’s what we know:

More to the point:

“She says. . . we eat too much and take too little exercise.”

In June 1913, Gladys set off on a transcontinental trek from her home in New York City to San Francisco to “show what can be done by a woman who doesn’t use up all of her energy just digesting food.” By crossing the country on foot rather than plane, train or automobile—or horseback, like another traveler we know—she aimed to demonstrate the importance of getting enough exercise, which many Americans still grapple with more than a century later.

Although her schedule called for walking 25 to 30 miles a day, she frequently stopped to give lectures, at which she reportedly said:

“I try to show my audiences what can be done when one lives a clean life and eats the proper food and takes the required amount of rest. I like to devote some of my lecture to instruction on walking, for so many girls give but little heed to this. I get pleasure out of it, as also do the people before me, when I imitate the different styles of walking I see on the streets.”

I see now why some people might want to make Gladys and that holier-than-thou attitude disappear. . . Also on the program? Jiu-jitsu demonstrations. Gladys was apparently a woman of many talents.

Before her departure, Gladys advertised in various newspapers for “some athletic young man” to accompany her as a guard and manager. Her most important stipulation? “No triflers need apply.” Sorry, scrubs.

“I would like to hire them all, for most of them seem to need employment. But what could I do with 1,000 men. I’m not doing any Gen. Coxey stunt.”

One lucky fellow won the job, but he didn’t last very long: The Lake County Times reported that as of September 15, 1913, Gladys “has outwalked three relays of men companions.”

Gladys also employed a maid to travel ahead and handle her luggage. She graciously didn’t insist the maid walk the entire way with her. 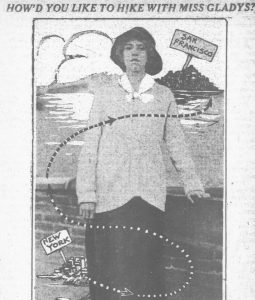 In some ways, Gladys was ahead of her time, and many of her ideas about diet and exercise wouldn’t be out of place in today’s ubiquitous health and fitness publications. She certainly had some admirers in her time. A column in the South Bend News-Times lauded her for:

“taking this long hike and at the same time demonstrating there’s hardly anything which a determined woman can’t do.

For instance, on one of her hiking days she walked 58 miles betwixt sunrise and dark. Any man who thinks that’s not great shucks can have another think coming by trying it himself.

Between New York and San Francisco are many stretches through which a husky man would be excusable if he didn’t want to travel alone; wild and desolate places, or crime-stained places that give you the creeps. But this little woman scarcely more than a girl, has gone through them as gaily as if they were perfumed promenades at a dance. For true grit you have to hand her the palm.”

However, not everyone was so positive. The Seattle Star suggested, “If she’s a really enthusiastic vegetarian, she will walk most of the way on the grass,” leading me to wonder what the writer thought a vegetarian was. 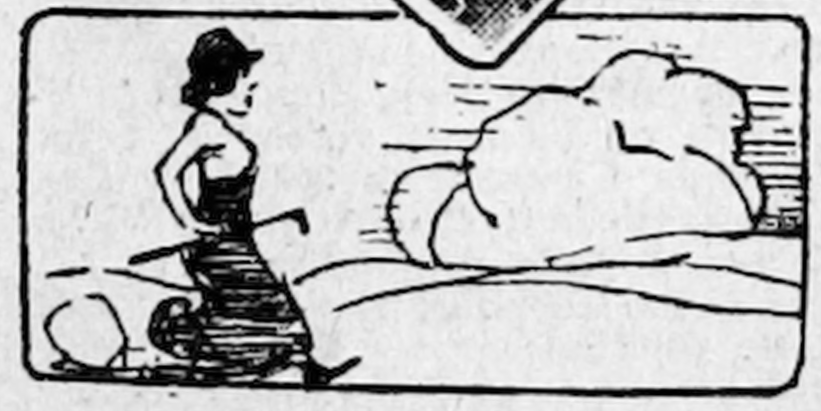 Then, the trail goes cold.

Gladys’ publicity stunt was covered in dozens of articles in newspapers across the country. However, she vanished into thin air after October 1913: no more lecture advertisements, no more lists of banned substances and no more tallies of outwalked managers.

I can’t find a single mention of her after that fall, not even to say she’d given up and gone home, postponed the rest of her trip until the spring or had an epiphany and transformed into a tea-drinking, hamburger-eating, corset-wearing couch potato. The newspapers that had covered her journey so avidly only weeks before didn’t seem to notice she was gone.

As best I can tell, her picture never appeared on a milk carton, and no one offered a reward for any information leading to her whereabouts. Still, if anyone—crime-show obsessed historian or otherwise—knows anything about what happened to our little pedestrian on her transcontinental hike, send me your tips!